It’s easy to mistake hair loss (including alopecia areata, autoimmune hair loss) as a topical issue rather than seeing it for what it really is: a symptom of unresolved, chronic inflammation. 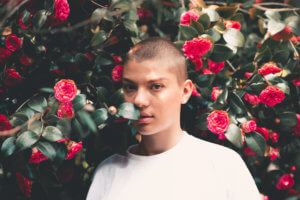 As much as we might be accustomed to think of hair loss as *the* issue in and of itself, this isn’t actually true. That’s because healthy hair starts on the inside and if we’re experiencing hair loss that’s typically a clear sign that there are deeper, hidden sources of inflammation that need to be addressed. This is true no matter what your hair loss diagnosis is.

When you start thinking about the root causes of alopecia areata (and other autoimmune diseases), gut health needs to be top of mind.

Let me show you why…

What Is Leaky Gut?

Not only does the gut perform critical functions related to the digestion and absorption of nutrients that our body needs to function properly (and grow and maintain beautiful hair), but it also plays a pivotal role in regulating inflammation and immune function.

When our gut is functioning optimally it it’s able to performs its tasks well. Foods that we eat are broken down manually (by chewing) and then chemically with acid, enzymes and bile preparing the nutrients found in those foods for absorption.

To facilitate the absorption of nutrients our gut is made up of a semi-permeable membrane; this allows things that needs to stay in the gut, stay in (for example, the non-absorbable components of foods, bacteria, etc.); it also ensures that nutrients that need to travel outside the gut through absorption can do so effectively. This process is called selective permeability and its critical to our survival.

When our gut is not functioning optimally, for example related to inflammation caused by an imbalance in our gut microbiome, the process of selective permeability begins to fray. The semi-permeable membrane can become “leaky” and allow food proteins or bacteria to inappropriately escape the gut. When this happens, our body may launch an inflammatory immune response against those food proteins (also called food antigens) and/or bacteria that have escaped.

Leaky gut is a failure of the gut barrier and it has a compounding effect on inflammation; it begins with inflammation as a trigger, but leaky gut itself generates a lot of inflammation as well. It’s important to understand this point because its central to our understanding of the role that leaky gut plays in the onset of autoimmune disease (aka chronic inflammatory diseases).

Leaky Gut as A Trigger for Autoimmune Disease

An estimated 70% of our immune system is in our gut which shows us just how closely the two are linked. A root-cause approach to autoimmune disease means that we need to focus on the gut and the role that it plays in the onset and perpetuation of immune dysregulation.

Our gut is home to an estimated 100 trillion microorganisms that play a crucial role in maintaining our health – including participating in digestion, maintaining the gut barrier, and regulating the immune system. When we experience gut dysbiosis (which really could look like too much or too little of any of the microorganisms in our gut) it interrupts all the gut’s functions and can drive significant inflammation.

Gut dysbiosis is a very common feature in people with autoimmune disease; together with leaky gut it promotes a systemic inflammatory immune response and has been shown to play a role in the onset and worsening autoimmune diseases such as inflammatory bowel disease (IBD), celiac disease, type 1 diabetes, and multiple sclerosis (MS), among others.

In order to understand how the gut influences immunity, let me explain how the immune system works at a *very* high-level.

We have two main types of immunity called cellular immunity and humoral immunity. Cellular immunity is mainly concerned defending us against infections like those caused by bacteria or viruses. It’s typically described as a first line of defense since the immune cells involved are able to attack these invaders even if it’s the first time they’ve seen them. Humoral immunity on the other hand relies on immune cells that produce something called antibodies. Antibodies are able to bind to invaders that the body has been exposed to in the past.

The gut plays a role in balancing our immune response and helps to maintain something called “self-tolerance” which is the way that our immune system understands not to attack our own tissue. The onset of an autoimmune disease typically means that there is an imbalance between cellular and humoral immunity and this imbalance can result in an overactive immune response and loss of self-tolerance, causing the body to mistakenly attack and destroy its own tissues. To put it simply, autoimmunity is a defect in self-tolerance. 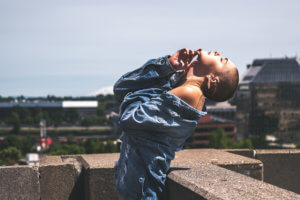 From the Gut to the Hair Follicles

Dysbiosis, inflammation, and immune dysregulation that begins in the gut does not stay in the gut (I think there’s a joke about “what happens in Vegas” somewhere in there…); the effects are not localized, they are systemic (meaning body-wide).

Too often I see clients fall into the pattern of thinking of our bodies in terms of segments or by medical specialty (e.g. gastroenterology, endocrinology, obstetrics, dermatology, etc.) and forget that we are one body, a completely interconnected being. Dysfunction and inflammation in one area can impact another *seemingly* unrelated part of the body.

For example, there is a known association between gut dysbiosis, inflammatory bowel disease (IBD), and hair loss. In one clinical trial, a patient diagnosed with alopecia areata who received a fecal transplant (which is exactly what it sounds like) was able to put their disease into remission and regrow their hair within four weeks (something rarely accomplished with currently available pharmaceuticals). This demonstrates the strong link that our gut plays in autoimmune diseases like alopecia areata even though they may not at first glance seem related.

It’s this loss of immune privilege that leads to the inflammatory autoimmune attack of the hair follicle that is considered to be the predominant cause of alopecia areata. This phenomenon has also lead researchers to describe alopecia areata hair follicles as “leaky” when the immune system is able to infiltrate and attack the follicle.

In closing, it’s important to understand that our immune system is adaptive and fluid (versus static or fixed) and that its ability to respond or ignore a target is based on many different factors; the immune system requires input and regulation to help it determine what is a friend or a foe. Given how much the gut and our immune system collaborate and overlap, the presence of immune system dysregulation and autoimmunity means that we need to take a close look at the gut and investigate the root-causes that have led to dysbiosis and inflammation (more on this in my next article). 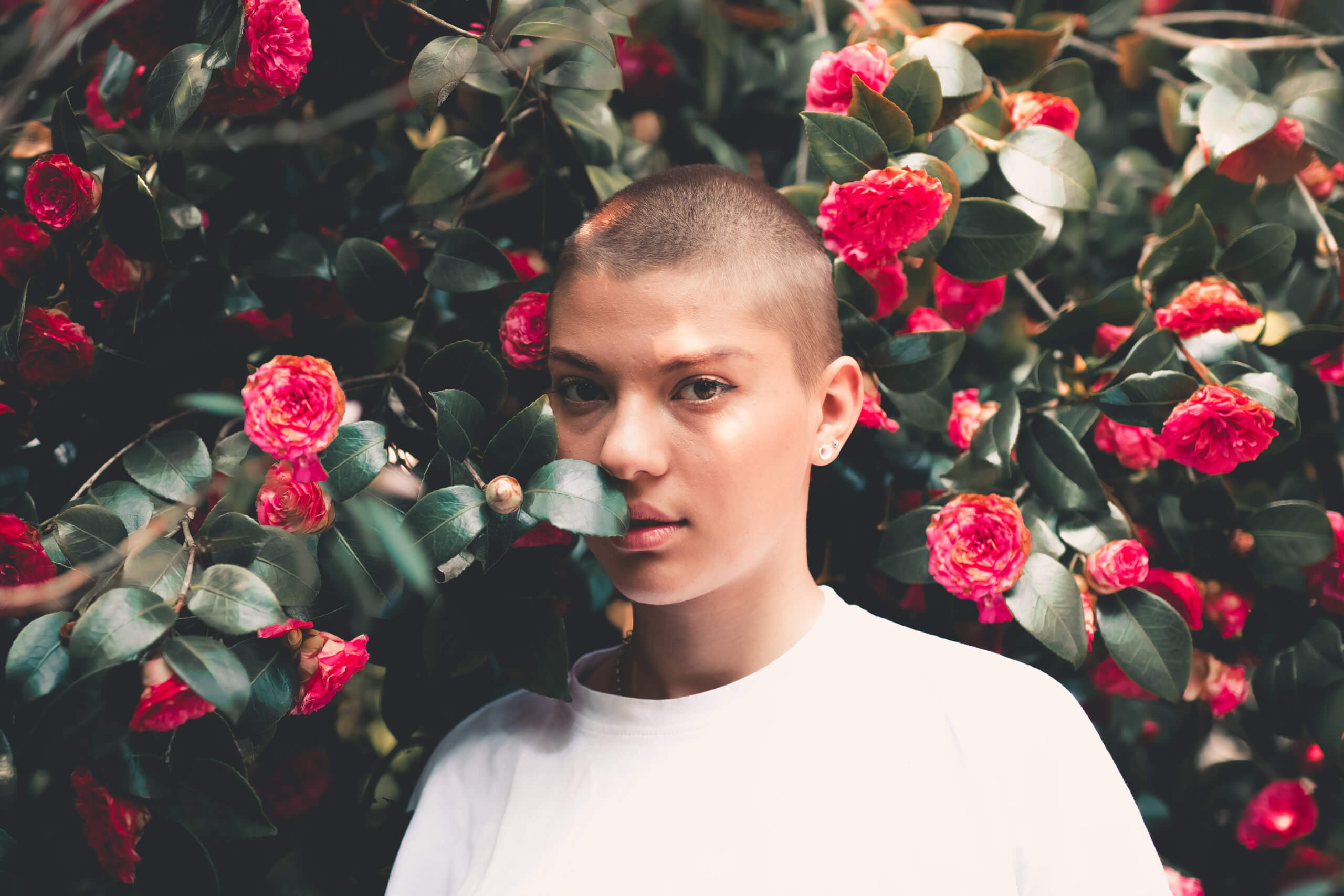 It’s easy to mistake hair loss (including alopecia areata, autoimmune hair loss) as a topical issue rather than seeing it for what it really is: …

I’ve been talking about this for a while now: hair loss is a symptom of inflammation.   This is true no matter the diagnosis you’ve … 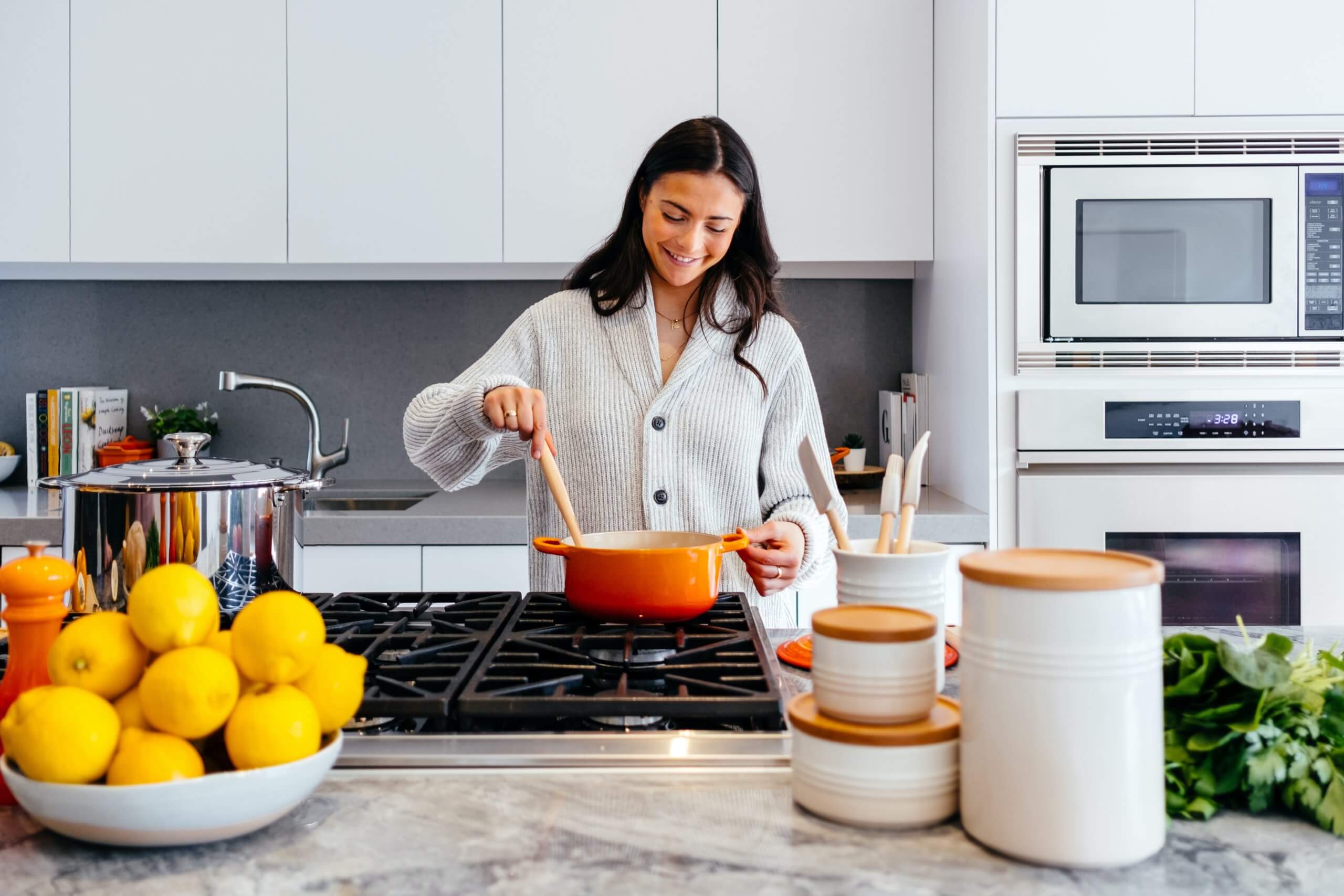 We know that our hair growth process is very energy demanding – and, where do we get our energy from? From the foods we eat! …